Bentley. Among the most storied, respected, and time-honored marques in the world. The name Bentley brings to mind luxury and performance without compromise. Every car is unique, giving clients freedom of choice. Yet even among Bentleys, this 2013 Continental GTC Le Mans Edition is a special motorcar. Among the oldest of carmakers, the company gained the world’s attention and admiration with four consecutive victories at the 24 hours of Le Mans from 1927-1930. Bentley also won the historic second Le Mans race in 1924. To demonstrate its relevance and technological leadership, Bentley returned to racing in 2001, claiming a triumphant victory with the highly advanced Speed 8 in 2003. To commemorate all six race wins, Bentley unveiled the Le Mans Edition featuring a stylized silhouette of the heroic Speed 8 on each headrest along with the Le Mans Edition logo. At Maxmotive, we have always maintained that the finest collectible automobiles are those most closely associated with a racing pedigree. This spectacular Bentley is an excellent example, as it has much more in common with the Speed 8 than just the logos. Like the legendary race car, it is powered by a 4.0 Litre Twin Turbo V8 engine. Generating a cool 500 horsepower, the engine provides exhilarating performance when coupled with the world class ZF 8-speed automatic transmission. The ZF is smooth and refined, and offers exceptional control with manual shift modes in both the floor shifter and the paddles. The car rides on a 4-corner air suspension with electronic shock absorption control. Ride, handling, and refinement are superb. Bentley offers its clients nearly limitless choices in color combinations and options, optimizing each vehicle’s exclusivity and uniqueness. This Le Mans Edition is number 18 of a series of a mere 48 cars. In addition, it has been built to order as outlined in the Highlights section. And although all Bentleys are generously and sumptuously equipped, this Continental GTC Convertible was built with several extra-cost options over and above the Le Mans Edition package. They include interior contrast stitching, the Sports Specification full Carbon Fibre interior, front and rear deep pile overmats, a dual tone 3-spoke hide trimmed steering wheel, massage front seats with ventilation, ski hatch, neck warmer, power boot opening and closing, rearview camera, valet key, and space saver spare. This car is equipped to pamper its occupants like no other. It’s also truly exquisite in appearance and performance. Bentley’s Mulliner Specification offers quilted leather throughout, and this car features 21 inch 7-spoke black limited edition wheels – the perfect touch. The Sports Specification compliments the wheels with red brake calipers, while carbon fibre throughout the interior, along with sport exhaust and quad tips provide exclusive finishing detail. This Le Mans Edition Continental GTC V8 exemplifies Bentley’s long standing commitment to craftsmanship, elegance, and style; along with a driving experience that places it firmly among the world’s great GT automobiles.

Bentley. Among the most storied, respected, and time-honored marques in the world. The name Bentley brings to mind luxury and…

MAXmotive specializes in collectible classic and custom vehicles. We have more than 200 vehicles in our collection and have sold dozens nationwide and even overseas. We recommend that all buyers who are unable to view a vehicle in person have a pre-purchase inspection done prior to purchase. Inspections can be performed by an independent party selected by the buyer. Due to the age and uniqueness of these special vehicles, it is difficult to cover all aspects and characteristics of each vehicle's condition within the limited space available. Thus, pre-purchase inspections are helpful to all parties involved. The information provided for this vehicle is presented to the best of our knowledge, and is deemed reliable. But MAXmotive does not warrant or guarantee this information as a basis for purchase. It is the responsibility of the buyer to make a thorough inspection to determine the suitability of the vehicle prior to purchase. 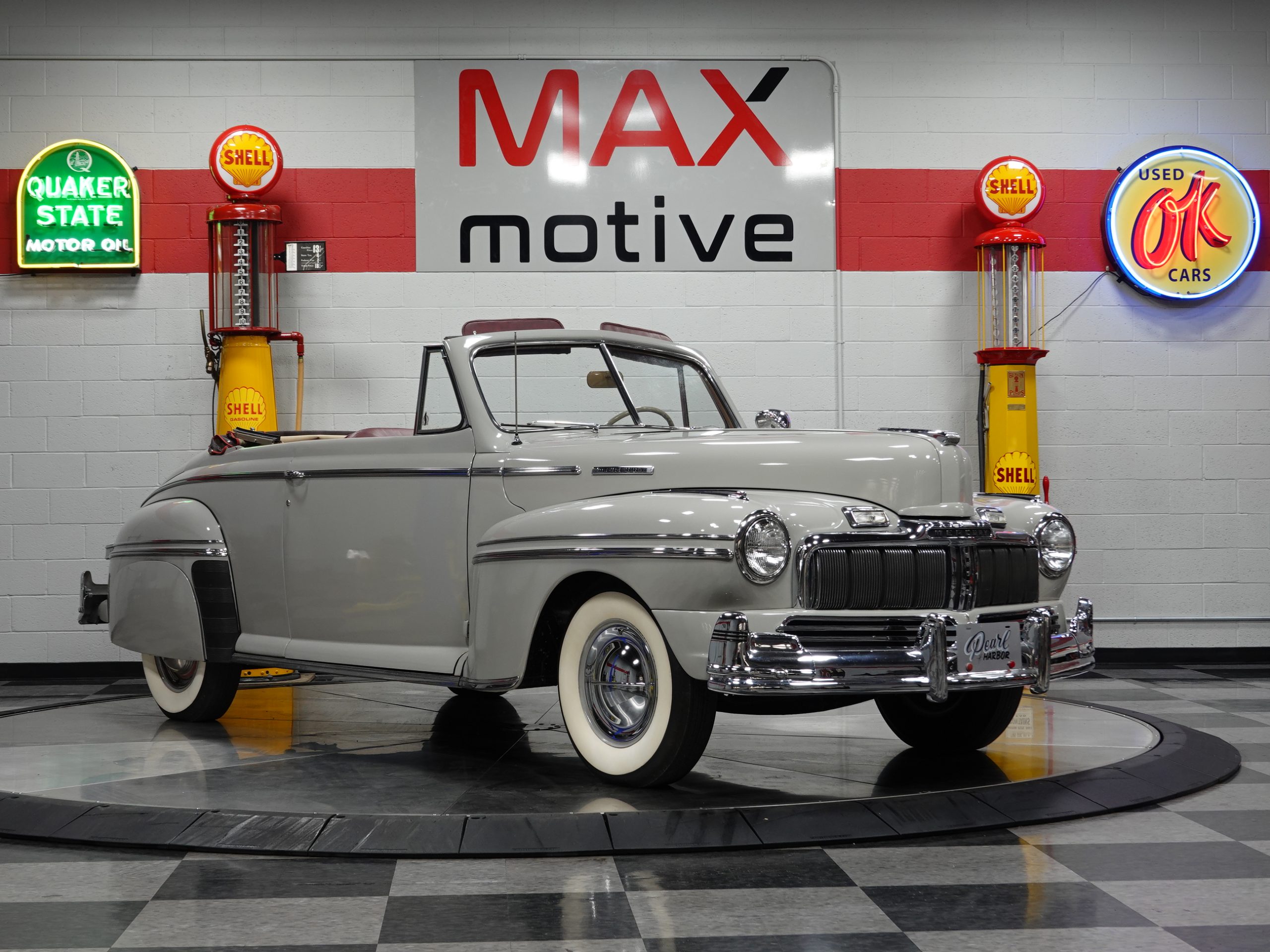