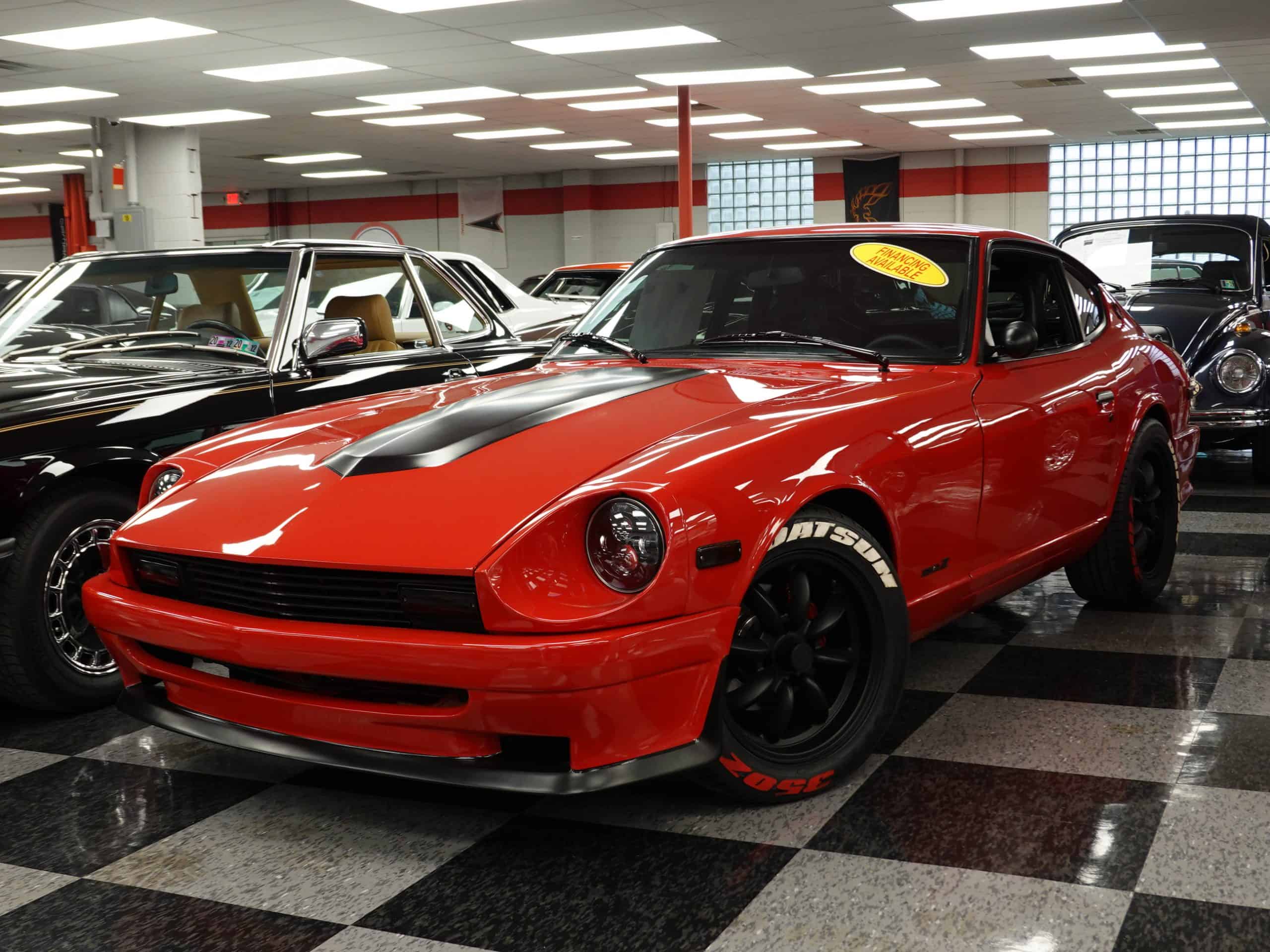 America has a long relationship with sports cars such as the Chevrolet Corvette and the Ford Thunderbird. Since the 1950s our country has had an obsession with going fast. To fully experience this go fast culture, all you needed was a roadworthy race car. That was the reality when Japanese car makers began selling cars in America. The challenge was to figure out how to convince Americans to buy foreign cars post World War II? The answer was simple. Build reliable cars and sell them cheap. Well, cheaper than the American competition. By the 1970’s Toyota and Honda were among the top car manufacturers in the world. However, many of these cars were not roadworthy race cars.

In 1970 Datsun delivered its first Z car, the 240Z, to the United States. They had no problem meeting their sales expectations since other manufacturers such as Toyota and Honda already paved the way for success. It took Datsun 5 years to unveil its “American” Z car, the 280Z. With a slightly larger fuel injected engine, you could argue that the 280Z was designed to compete with American sports cars. Especially since it was only sold in the United States. Where it lacked in speed, the Z would make up for in price, as the average base price was about $1,000 less than a Corvette (and only a half a second behind in a quarter-mile). To give some perspective, according to the average inflation rate, that would be an approximate $6,500 difference today.

At Maxmotive, we have a restored 1975 Datsun 280Z. The original 2.8L inline 6 has been swapped out for a beefier 350 cubic inch V8, giving it that American sports car feel and sound. It is, in my opinion, the best of both worlds. This car has also been cleverly fitted with 350Z logos, making it look like a Datsun 350Z when in reality there was no such car. Nissan’s first 350Z model didn’t come out until more than 25 years later. Now there are some Datsun enthusiasts that may not agree with the V8 swap, however, it sure does make for a roadworthy race car, right? Of course, keeping the traditional inline 6 is the best way to preserve the 280Z heritage and value, but I still love this restoration.

Since the day it arrived at our door, this has been one of my favorite cars at Maxmotive. In fact, I didn’t even know what a Datsun was at that time. All I knew was that I really liked the car and especially fell in love with it once I found out it had a V8. It has cherry-red paint with black accents, tinted windows, and raised tire letters. It is truly a beautiful restoration. So many car enthusiasts are calling out for an “old but new” car and this 45 year old Datsun is a perfect example of that. With only a few tweaks, it looks like it just rolled out of the factory. Having personally spent some time behind the wheel in both city, and on the highway, I can honestly say it would be perfect for an afternoon cruise or even a day at the track.

MAXmotive
Cars really can – and do – talk. One of the intricacies that fascinated me early on about...
Read more

MAXmotive
The history behind the Shelby Cobra is very fascinating. It is one of the greatest American sports cars...
Read more

MAXmotive
My mom used to tell the story of when I was very young, and she would wheel me...
Read more