My mom used to tell the story of when I was very young, and she would wheel me around in the stroller, I would lean out and watch the wheels go around. I built my first model car in 1967, and I haven’t stopped since. It was the peak of the muscle car era, and the horsepower wars among the carmakers were really heating up. Since then, I’ve developed a theory that the best, most valuable muscle cars are those with a racing pedigree. Some of the wildest cars ever built, from the Boss Mustangs, to Z28 Camaros, to Hemi ‘Cudas, were built for the sole purpose of making the engine/body combinations legal for various forms of racing, be it circle track or drag racing. The mantra “win on Sunday, sell on Monday” reverberated throughout the corporate halls of Detroit. This created Nirvana for performance fans! 1970 was the absolute pinnacle. Motors kept getting bigger, and the cars kept getting faster. You could order a 440 Challenger with triple Holleys, a 454 Chevelle or Corvette, or a Mustang with a 429 cubic inch engine that was so big, the car had to be modified by an outside firm to get it to fit. On NASCAR superspeedways, the performance limitation was not lack of power, it was aerodynamics. The cars were going so fast that wind drag and lift were not only slowing the cars down, it was making them dangerous to drive. It was time to think outside the box (literally).

During the mid-sixties, the manufacturers began designing cars to give them an edge on the superspeedways. Even big Ford Galaxies were sporting “fastback” rooflines. By 1969, Ford discovered that there were big gains to be made with the front-end design as well. They came out with the Torino Talladega, a car that was named after the famous track in Alabama. It started winning so much that even Plymouth stalwart, Richard Petty got one. The people at Chrysler said, “that’s enough.” They answered with the 1969 Dodge Daytona (notice that it was named after an even more famous racetrack). Their Hemi engine had plenty of power, and with a jet fighter style nose cone and a huge rear wing, the car was nearly unbeatable. It even set a closed course record for full bodied cars over the magic 200 mile per hour mark. Then Plymouth created a car that exceeded all sales projections and expectations called the Road Runner. It was a perfect storm of marketing genius. The cartoon bird, the beep beep horn, and a low price created a whole new genre – the “budget supercar.” Of course, by 1970, 383 cubic inches weren’t enough and you could order your Road Runner with a 440 or even a Hemi. Using a similar front end treatment and rear wing to the Daytona, Plymouth unveiled – drum roll please – the Superbird! This was enough to lure King Richard Petty back to the Plymouth fold and then it was all over. The Daytonas and Superbirds dominated the super tracks so much that NASCAR enacted legislation forbidding them to be run with a Hemi engine. Some teams tried the small block combination, but it was clear what NASCAR was doing. They wanted their “stock car” racing to reflect more of what people actually drove on the street.

In order for the Superbird to be a legal NASCAR race car, there had to be street versions built that the public could buy. It should be noted that these were, to put it politely, slow sellers. The outrageous appearance and high price were too much for would-be buyers. The cars were pretty much cobbled together to get them out on time for the racing season. The vinyl top, which may appear to be out of place on an ultra-performance vehicle, is there simply to hide some of the body work needed to turn a Road Runner into a Superbird. The example here is not shy. It sports a high-impact yellow paint job and a 440 cubic inch Magnum with the “6 bbl” set up. It has the optional leather interior and center console, and is much more plush that most Road Runners. Yes, the famous horn is still part of the fun. I love the spirit that led to the creation of the Superbird. It was like, “okay get a load of this!” It will literally stop traffic. I know, because I had the privilege of driving this baby, and people will stop for you out on the road. Today Superbirds, and all “aero cars” are prized collectibles with clubs and events to celebrate the glory days of “anything goes” muscle cars. 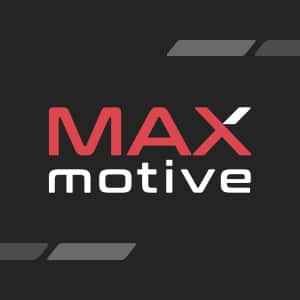 MAXmotive
Cars really can – and do – talk. One of the intricacies that fascinated me early on about...
Read more

MAXmotive
The history behind the Shelby Cobra is very fascinating. It is one of the greatest American sports cars...
Read more

The Ford Model A

MAXmotive
Can you imagine the roaring 20’s in Detroit? All major car manufacturers were racing to build the best,...
Read more