Car Haulers or The Dream Deal 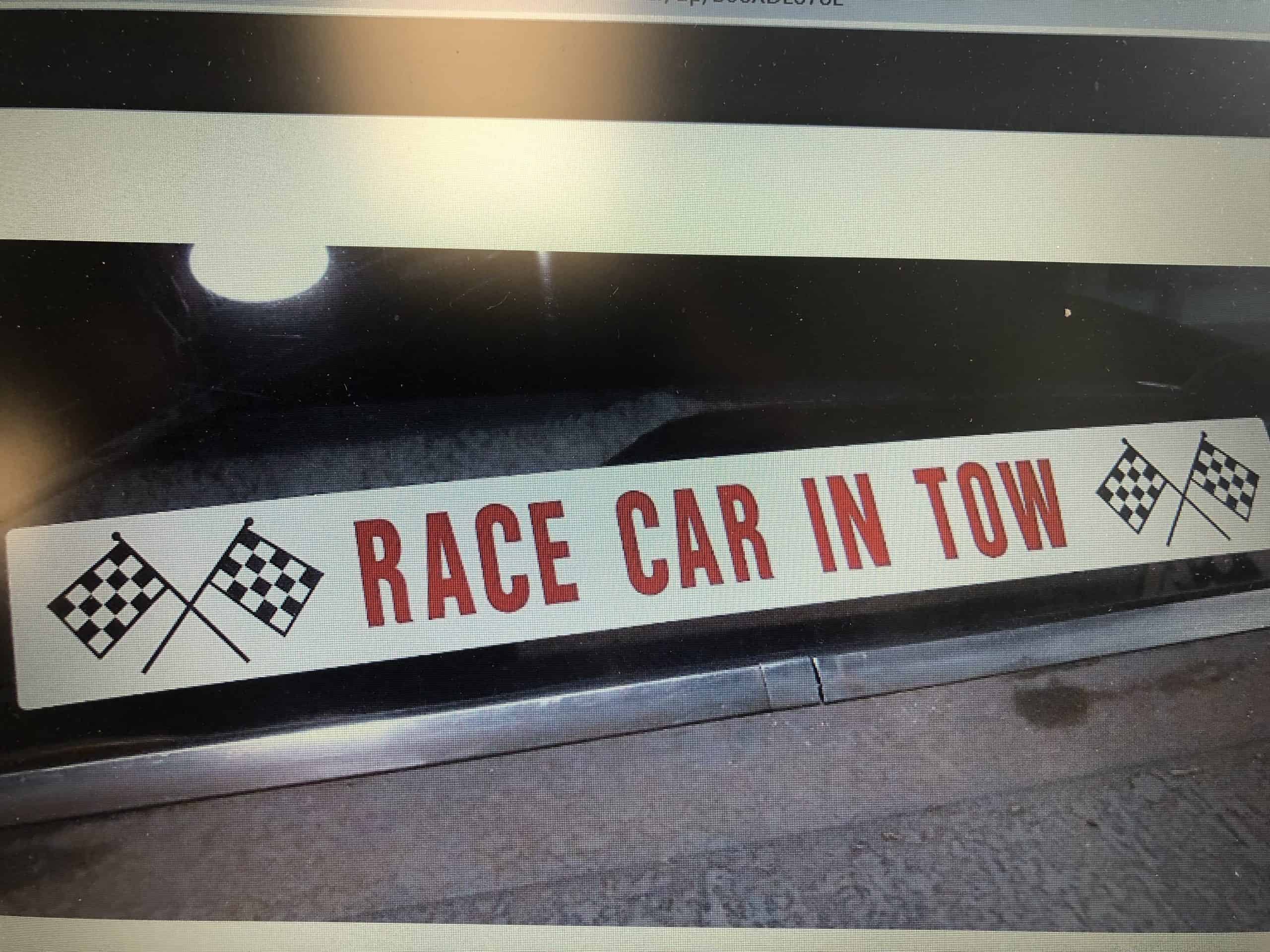 “Race Car In Tow.” In the early days, racers would flat tow their cars to the track. The only thing that made it a tow rig was a tow bar and the sticker on the back warning other drivers on the road that the vehicle they were following was being pulled by the vehicle in front of it. Soon the pros began bringing their cars on trailers, and there was more than a little bit of status associated with it. Funny Car teams used ramp trucks. Before long, with racers being the competitive lot they are, trucks or trailers that were enclosed became the rage. The big names favored the Chaparral fifth wheel rigs. Prudhomme, Blue Max, Mongoose, and many others had these. The classic Chaparrals were heavy but they could last a real long time and go lots of miles. The pits would be abuzz about who had the nicest rig. Then it happened. Billy Meyer showed up with an 18-wheeler. A major challenge for organizers today is where to park everybody. Multiple-car teams, hospitality trailers, technology trailers, toter homes, and motor homes with stacker trailers are all vying for prime spots.

In many ways, the right race rig is a true competitive advantage. First is the statement it makes. When you pull into your pit spot and those air brakes release, everyone knows a serious competitor has just arrived. Secondly, it’s a shop on wheels. Generators and air compressors make all levels of repairs and maintenance possible right on site. You can run your car hard knowing repairs can be performed and extra parts are on hand. I saw one Pro Stock team with no fewer than 15 third members in their trailer. The hauler becomes a shop, lounge, restaurant, and motel. And it’s an impressive billboard for sponsor logos, colors, and messages.

Like many, I started by driving my daily driver to the track. Back then the words “enclosed trailer” were bantered about in revered tones. Only one or two of “us” had one. Then over the years, one constant I’ve seen at every level is that guys care about, love on, and dream about their race rigs. Bob Newberry, a man known as a racer’s racer, an engine builder, a nuts and bolts kind of guy, surprised me one time when he said, “I enjoy having my stuff all shined up at the track.” It was then I felt validated, and realized this is pretty much universal. In fact, one trailer manufacturer says, “If you can dream it, we can build it.”

A quick word about racing lingo. The proper terminology regarding a race rig is “deal.” As in, “Jack’s deal is big enough to haul two cars.” While other truckers may say ‘rig’, ‘Kenworth,’ or even ‘truck’, the word in the pits is “deal.” Deal also commonly suffices for words such as car, event, race, situation, engine combination, track, set of rules, or weather. Now you can speak fluent racer.

So what’s it like inside one of the higher end deals? The Maxmotive transporter is a Freightliner M2 Business Class with a Renegade stacker. The truck is just plain luxurious with its supple ostrich leather interior and beautiful cherry wood trim. It’s loaded with power options and a back-up camera. It’s stored inside and driven just 2-3 times a year. The trailer is a Renegade with A/C, lift, room for 3 cars, and fresh Hankook tires. The truck is a plush Western Hauler conversion with polished Alcoa wheels. Mr. Maxwell has just announced that it is available for sale. Your dream deal could be right here.

A modern car hauler indulges its passengers as well as its cargo. Satellite TV, complete kitchen, bedroom, and shower facilities, and designer decor are what today’s driver demands. Builders must be creative and innovative in order to stay competitive. Part of the fun at a national event is strolling the pits and taking in the truck show. The “deals” are polished, detailed, and sparkling, reflecting the pride and professionalism of their owners.